Are you a Naruto fan? If so, we have quite the collection of apparel for you! In this post, we’ll take a look at a reputable brand, Primitive, and its line of apparel and skateboard accessories. These awesome items would make the perfect birthday or Christmas gift for your partner, or simply a new otaku style you can fashion for the fall! Let’s dig in and chat about some awesome Naruto hoodies from Primitive.

Primitive is a skateboard accessory and apparel-focused brand, selling skateboard decks, Vans collaborations, jackets, grip tape, skateboard wheels, and so much more. Primitive is one of the big names in skateboarding, offering high-quality necessities (and fashion items) for boarders across the country. In November of 2019, Primitive released its first line of apparel and skate accessories in a Naruto x Primitive mashup! Since then, two more yearly drops have come to Naruto fans, making it possible that we may even see a fourth.

(you should know, but we’ll explain just in case)

Naruto is a popular Japanese manga series, created by Masashi Kishimoto, featuring a young ninja named Naruto Uzumaki. He is on a journey to become the leader of his village, also known as the Hokage. While this was originally a comic book-type story, it was adapted to TV as an anime production for Japanese audiences in 2002. It aired there for five years and 220 episodes. A sequel series, Naruto: Shippuden, aired in Japan from 2007 to 2017 with 500 episodes. The show has been brought to American audiences in both English dubbed and original Japanese over the years.

This was a collaboration between skateboard & apparel brand Primitive and Naruto: Shippuden from late 2019 to late 2020. As of the writing of this article, there are still many hoodies in stock on Primitive’s website. The collection contained skateboard decks, t-shirts, jackets, socks, flags, slides, trays, and (of course) hoodies! Now, only a few hoodies, shirts, sweatpants, jackets, board decks, and slides remain; you can find them all here.

While any item can be a collectible, some of the hoodies you’ll see below are still in stock. This means that they don’t have the same collectible value that sold-out, exclusive Disney theme park collectibles might have, for example.

So far, the rarest and most sought after Naruto hoodie is the Madara Uchiha Hood (Black Color), which has been sold out in all sizes for quite some time. In a decade or so, the other hoodies might become sought-after collectibles, but for now, it looks like they’re just a fun way to vibe your favorite anime!

Seeing as the Primitive Naruto Hoodie lineup first came out in late 2019, you’ll notice that some of these hoodies are sold out in certain sizes or colors. Another set was released in October 2020. This drop was named “Delivery 2.” A third set was delivered in August of 2021; maybe there will be a fourth delivery soon? Let’s take a look at some of these dynamite hoodies that are still in stock!

This is a cozy-looking black or white hoodie with gorgeous frame artwork on the back. The artwork features the character Kakashi Hatake, also known as Kakashi of the Sharingan, from the Naruto: Shippuden anime. On the front on the left-hand side of the chest, Primitive’s logo “P” is printed in white on the black hoodie and in teal blue on the white hoodie. This hoodie is available in all sizes and is made from a cotton/polyester blend.

Also still available in all sizes, this Might Guy Primitive Hoodie also comes in both black and white. On the back, intense red artwork depicting Might Guy is framed. The Night Guy was a forbidden taijutsu that appears as a dragon. This hoodie features the Primitive logo across the front of the chest and red Naruto lettering beneath it. This hoodie, also a cotton/polyester blend, is still available in all sizes.

This super cool hoodie comes in black and grey, rather than having a white option. This makes sense when you take a look at the artwork on the back of the hoodie. On this Primitive Naruto hoodie, you’ll find the characters Kisame and Itachi Uchiha. The two of them are amidst several red cloud symbols, depicting the group of shinobi called Akatsuki. On the front of this cotton/polyester hoodie, PRIMITIVE is printed in black and red gradient font. Below this logo, a small kanji symbol sits. This hoodie is still available in each size.

This super cool Primitive Naruto hoodie comes in black and burgundy, a stunning color with white outline artwork on the back. On the back of this hoodie, you’ll find Hidan, the S-rank missing-nin from Naruto: Shippuden. Hidan became part of Akatsuki, the shinobi group mentioned above. This cotton/polyester hoodie features elaborate script font that reads: PRIMITIVE NARUTO SHIPPUDEN underneath the Hidan artwork. The front of the hoodie has this same text, but smaller, across the chest. This hoodie is available in all sizes.

The Itachi Sharingan Hoodie comes in both burgundy and navy, two colors that work extremely well with the front-only artwork of this hoodie. On the front, the character Itachi is depicted with a crow. The two of them sit just in front of a vertical PRIMITIVE logo. Next to this artwork, the text NARUTO SHIPPUDEN sits vertically. This cotton/polyester hoodie is also still available in all sizes.

This awesomely cozy-looking Primitive Naruto hoodie is available in three colors: gray, black, and maroon. The artwork on the back depicts Itachi again, but this time in a position ready for attack! The Akatsuki symbols are present around the head and on their cloak, too. Above Itachi, PRIMITIVE is written, and below the image are the words NARUTO SHIPPUDEN. This cotton/polyester blend hoodie is still available in all sizes.

Perhaps one of our favorites out of this lineup, this cotton/polyester hoodie comes in three colors as well: black, “Columbia blue,” and maroon. On the back, there is full-body artwork of the character Madara, one of the most powerful shinobi in history! His power has been compared to a god’s power, and this artwork truly shows his god-like presence! The front of this hoodie has a few symbols in the center of the chest and the PRIMITIVE NARUTO SHIPPUDEN text above the kangaroo pocket. The black variant is sold out in all sizes, but the other two color

Another favorite, as far as artwork is concerned, this Orochimaru hoodie comes only in black and features Orochimaru himself sitting inside the massive, open mouth of a snake. Having been overtaken by serpent magic, this former ninja makes for the greatest artwork on the back of a hoodie that we’ve seen in a long time. This hoodie is, unlike the other hoodies in the store, 100% cotton and has rhinestones on it. These tiny rhinestones make up the logo on the chest that reads: PRIMITIVE. This hoodie is still available in all sizes.

This hoodie originally came in four colors: black, burgundy, gold, and grey. However, the black version is now sold out. The stock for the burgundy and gold colors is running low, and there’s no product image for the gold hoodie. On the back of this cotton/polyester hoodie, you’ll find Kakuzu wearing a cloak adorned with Akatsuki symbols. This hoodie is currently still available in all sizes on the website.

And Many More Designs Available from Other Sources

Since this brand lineup has been out for a few years, it makes sense that some places are reselling older ones. For example, you can find some sizes for Primitive Naruto hoodies at Zumiez, like this Sasuke black hoodie and this Ichiraku black hoodie.

Another cool design, the Primitive x Naruto Leaf Village Black Hoodie, depicts all of your favorite characters from Leaf Village in the anime! Prices range from $40-$100, depending on the stock and desirability of the print for these awesome hoodies.

Primitive also has some Naruto hoodies in stock on Amazon. You may notice that the prices are different on Amazon, and the selection might vary. One thing to note is that the Primitive online store offers free shipping on orders over $50, while their Amazon store doesn’t register the items as available for Prime shipping. This is something you may want to consider if you are going to be purchasing a hoodie.

Which Naruto hoodie was your favorite? Do you like wearing apparel with your favorite manga and anime characters? Hopefully, you liked this selection of options if you’re looking for a new, cozy sweater for this fall. 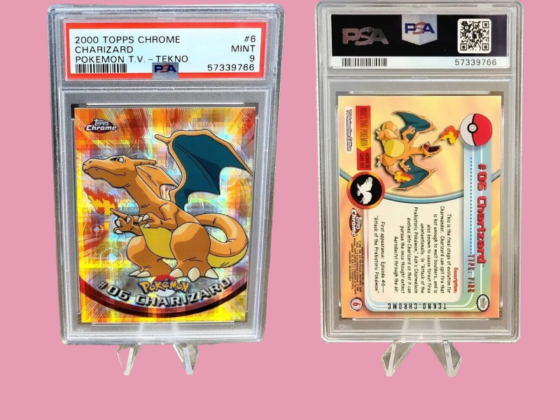