It’s easy to remember the controllers that came bundled with our old consoles. Those aren’t the only things we used as kids, though. Some games and software had their own peripherals and extra attachments to enhance the overall experience.

Controllers, attachments, and alternate ways of play have been around for decades, and they’ll always be around. Take a trip down memory lane and look at some of the lesser-known PlayStation 1 controllers and peripherals.

“Toys-to-life” has been attempted on every console from the past two generations. Some games have fizzled, some have been very successful, and some were key features of their respective consoles (looking at you, Amiibo).

The humble PS1 beat them all to the punch in Japan with ZXE-D: Legend of Plasmalite. This expensive game came with customizable robot figures; customizing them and connecting them to the PlayStation itself allowed you to play as your robot creations in a one-on-one fighting game.

The game didn’t have a lasting impression, and mecha fans of the era would sooner play Armored Core and other games that didn’t have expensive attachments. ZXE-D was clearly onto something, though, especially when you compare it to Skylanders: Swap Force.

In the fifth and sixth console generations, controllers made specifically for racing games weren’t that rare. Now, we have racing wheels with pedal attachments for fans of truck simulators and other mainstays. Before, though, developers got extremely creative.

Instead of a stick, the NeGcon was split down the middle, and players were able to twist and swivel each half of the controller. In games like Wipeout and Ridge Racer, this could steer the car. The players loved it too, and reception for the controller was overwhelmingly positive.

The swivel joint right in the middle of the controller was unique and innovative. No widespread controllers have replicated the engineering since.

Plus, the and “1 and 2” buttons are analog, which is perfect for racing games. Extra precision on half-presses and such is just fantastic for accelerating and braking.

Functionally, the controller that came with Wu-Tang: Shaolin Style was mostly similar to the stock PS1 controller. Well, maybe it had some worse buttons. Aesthetically, though, the Wu-Tang controller was so much more.

Well, it basically looks like how you would guess. It’s a controller shaped like the Wu-Tang logo. It’s black and it has yellow buttons, fitting their color scheme.

The novelty wears off pretty quickly, because it’s largely inferior to the stock PS1 controller. Gamers are able to purchase plenty of different branded versions of regular controllers. This goes even further with vinyl wraps and other decorative options. In the ‘80s and ‘90s (and even the early ‘00s), it was much harder to find branded controllers. They weren’t often extra decorative merch to go with games and franchises–not largely, at least.

This is more complicated than the other entries on this list, because the peripheral is actually inside a special version of the console. It’s not a game, and it’s not a controller — the “Net Yaroze” is a package that replicated professional development kits.

It came with a special version of a PS1 console, cables to connect it to a PC, and a CD with game development software, and a few other key components. This was clearly for extreme enthusiasts, given the $750 price point. It was also given to a few universities for educational purposes.

You had to provide the PC yourself, of course, but it let amateurs break into game development on their own. Nowadays, indie games can be easily ported from one console to another. This gets even easier depending on the engine (especially with easy-to-use tools like Unity). In the ‘90s, though, it was significantly harder to learn how to develop console games without already being in the industry.

Some of the games developed on the Net Yaroze even made their way to officially released demo discs. It wasn’t the first or last commercially-available development kit, but it was influential nonetheless.

In the current generation of games, we have first-person (and third-person) shooters with crossplay between consoles and PCs. It seems obvious that the PS4 and Xbox One should have usable mice and keyboards. However, the ubiquity of USB ports means that any normal mouse or keyboard works on these consoles.

On the PS1, there was plenty of support for the PlayStation Mouse, which was made exclusively for the console. This official product allowed gamers to skip converters and adapters to use a mouse-based control scheme for shooting games, light-gun games and point-and-click adventures.

Even though there’s no use for these kinds of peripherals on modern consoles, it’s worth remembering how useful this was for its time. More than 50 games on the console supported it, allowing for multiple possible control schemes to appeal to different tastes.

Guitar Hero was set to make rhythm games widespread on home consoles. A generation prior, though, PS1 had Dance Dance Revolution ports, PaRappa the Rapper, and a handful of others. For those that didn’t want to lay out a whole dance pad to play Dance Dance Revolution at home, Konami manufactured a hand-controller just for the series.

It has rounded grips like the DualShock, but the D-pad is instead a miniaturized version of the classic DDR dance pad. The face buttons are replaced with another mini dance pad. It literally looks like a shrunken handheld version of the old-school double DDR setup.

These were fun for anyone who wanted to play the double-pad songs on DDR, but didn’t have much use other than that. For anyone that’s played Guitar Hero or Rock Band on a regular controller, you already know it’s just never as fun as the real thing. Who’s got room for two full-sized pads in their house, though?

Do menu-based RPGs and sim games really need quick access to all the buttons on a normal controller? There are a lot of obvious needs for a one-handed controller, convenience being one of them. They are also extremely handy for gamers that can only use one hand.

The designs have changed so much for current-generation consoles, it’s hard to believe that their beginnings were so humble. Agetec’s ASCII Grip controller for the PS1 was a sturdy and useful piece of technology…even if it looked like a bargain bin universal remote. 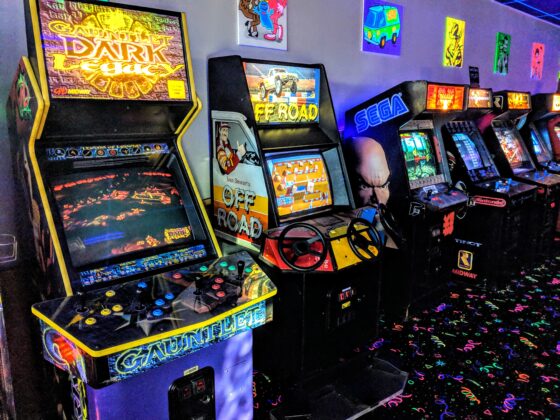 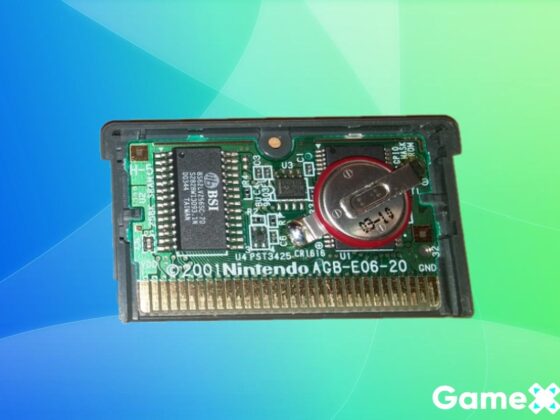 GBA Games That Have Save Batteries