Collectors worldwide have been enthralled with the Godzilla story and monster since its conception in 1954. It took some time, however, for Godzilla toys and Godzilla figures to become widespread and mainstream – especially in the United States. Our database of Godzilla figures includes information on the history of every Godzilla toy, current market prices, and where to buy them. 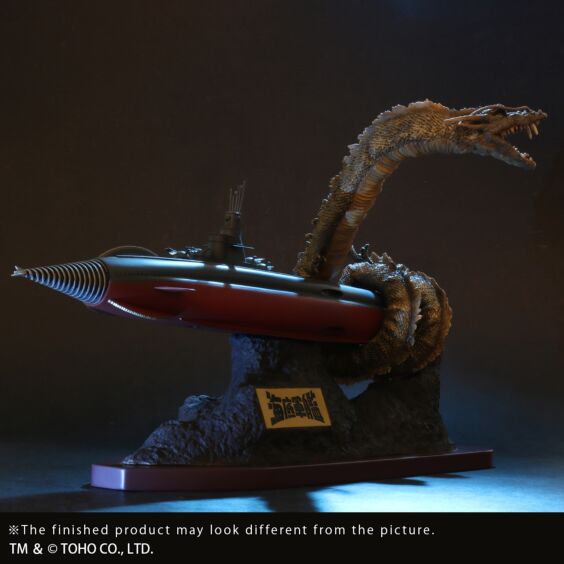 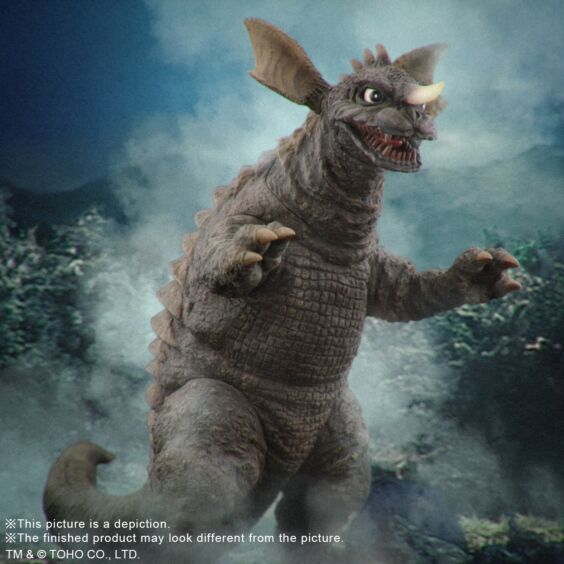 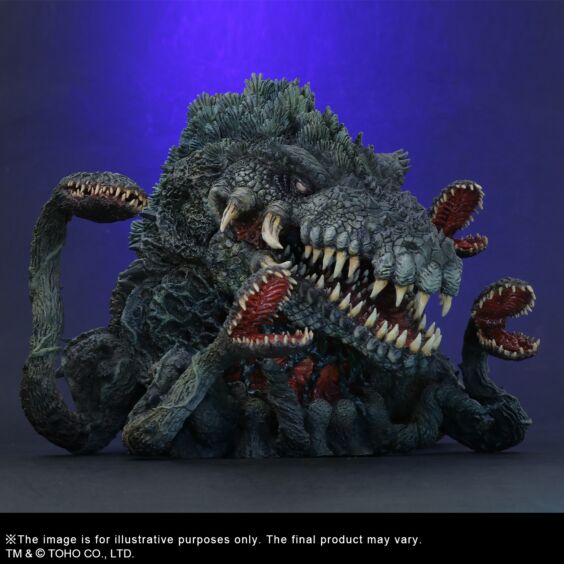 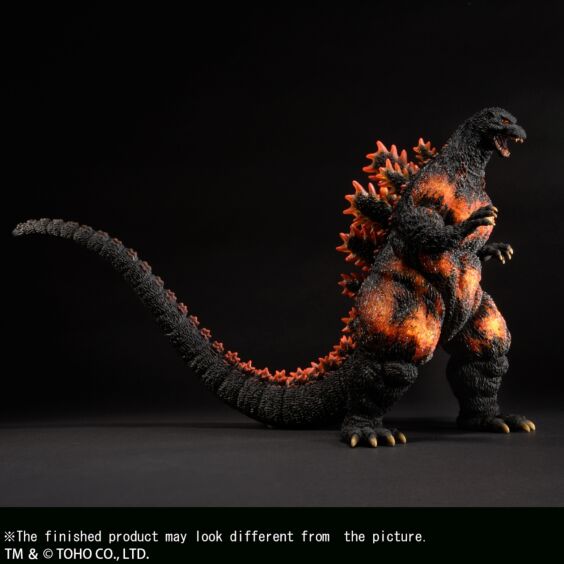 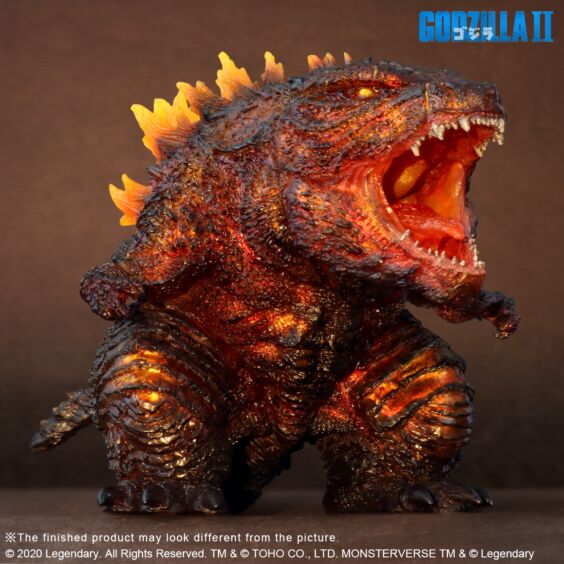 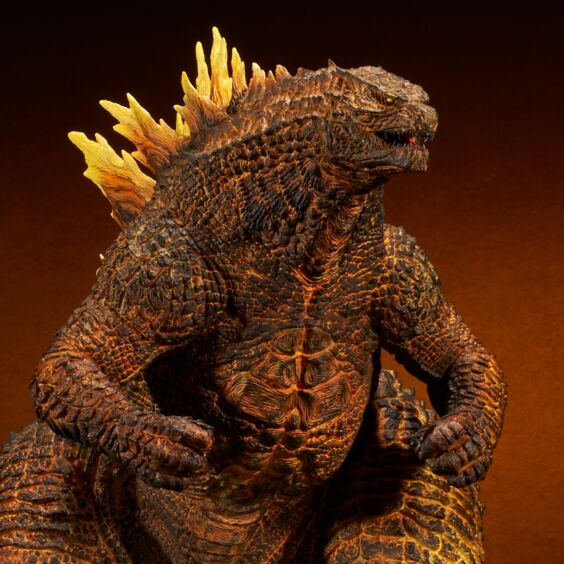 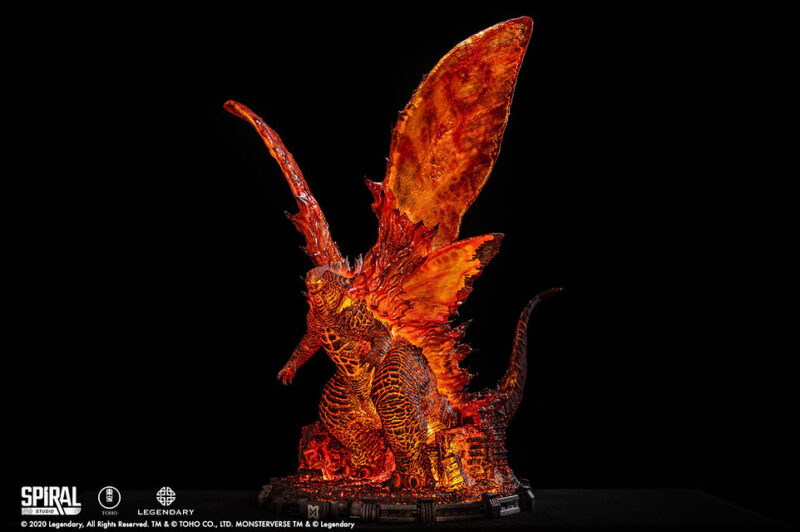 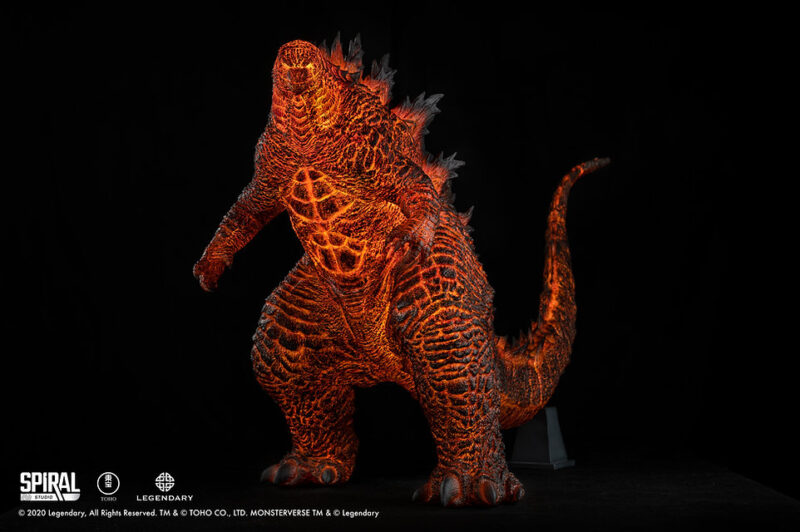 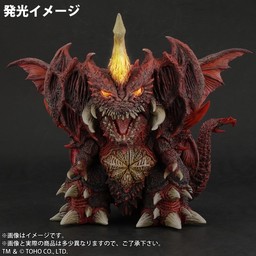 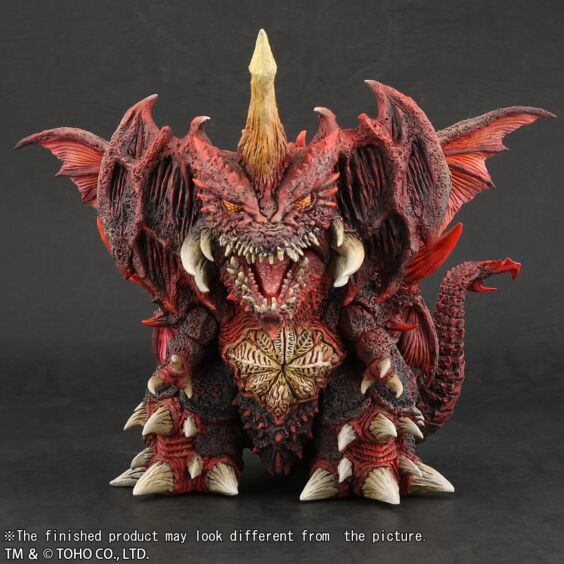 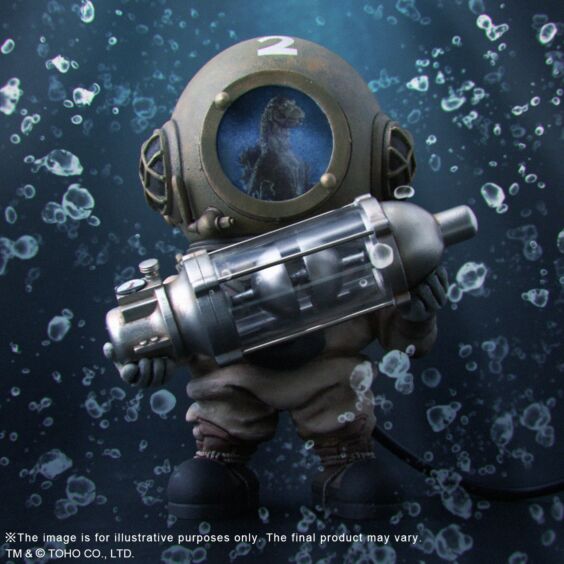 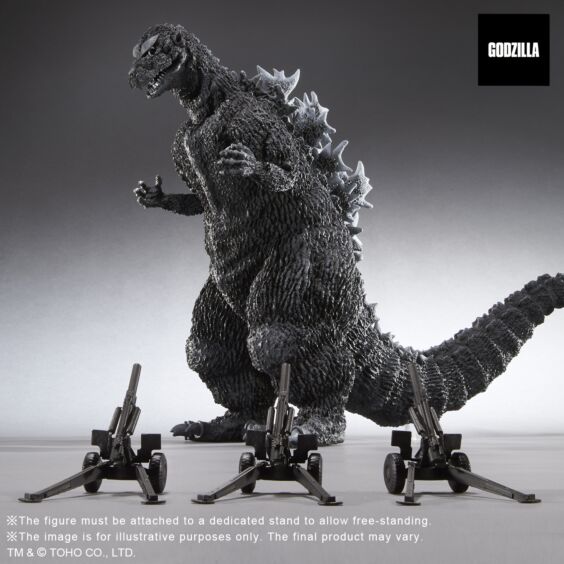 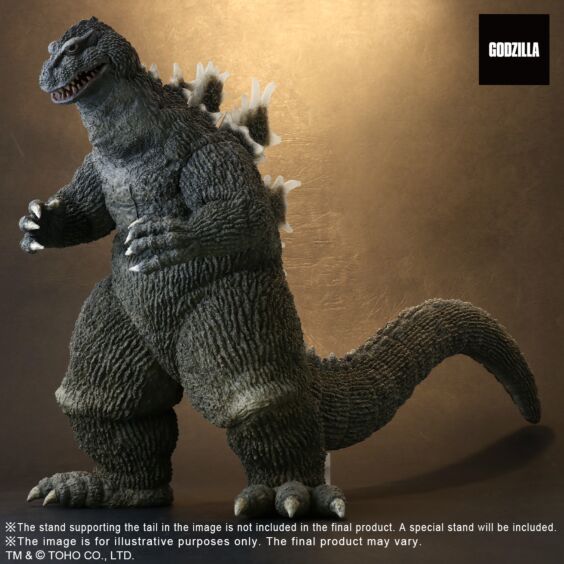 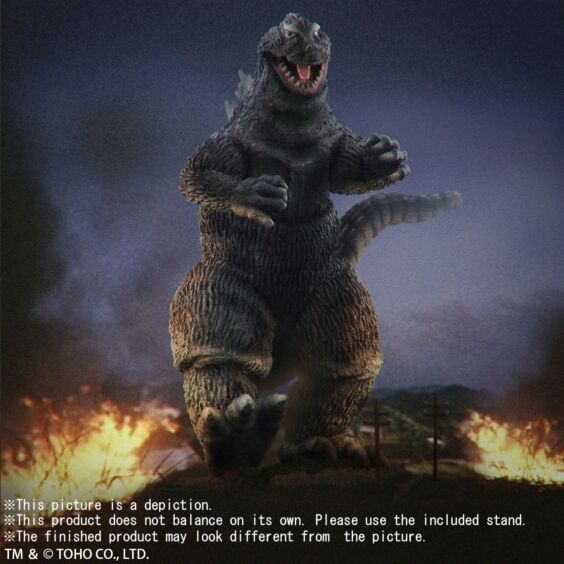 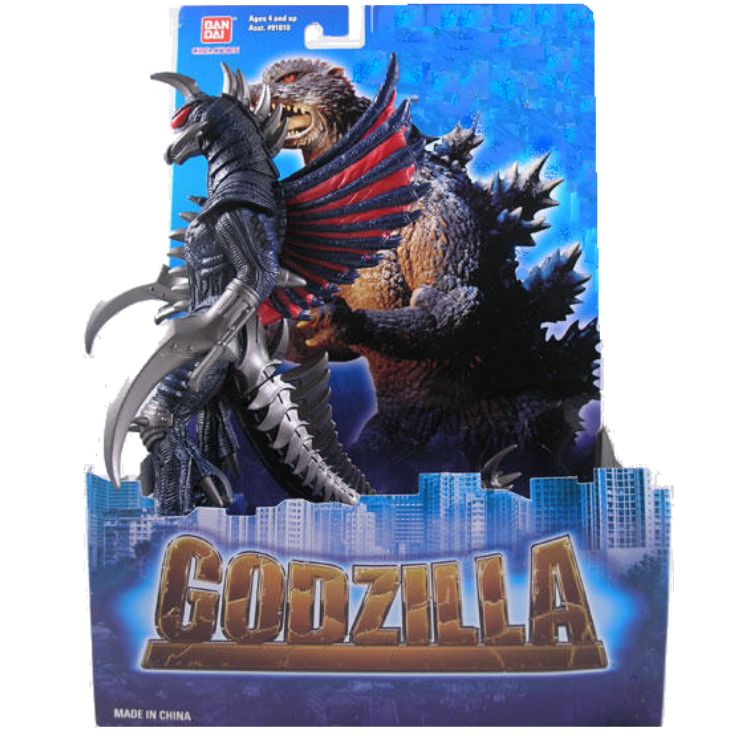 Crafted by Japanese storytellers 10 years after the bombings during World War II, Godzilla (呉爾羅, Gojira) was created as a film and hit the screens in 1954. Godzilla was an anthropomorphic, lizard-like creature who was “awakened and empowered” from nuclear radiation, arising from the depths of the ocean out of hibernation to destroy humanity. The creature itself has become a pop culture icon, and more than 30 Godzilla movies have been released since the original in 1954. Godzilla is a large, reptilian terror that strikes fear and excitement in the hearts of viewers.

As with any successful franchise, the Godzilla franchise has given rights to toy and apparel companies for many years to create “official” Godzilla merchandise. Specific interest in Godzilla toys and Godzilla figures began to increase in the late 1960s, and American intrigue exploded after the stateside release of Godzilla in 1998.

A Brief History of Godzilla Toys and Godzilla Figures

While the first Godzilla branded toy was a toy rifle from 1955, the first licensed action figure didn’t hit Japanese shelves until about 1964, though some sources suggest that there were a few Plamodel figures before this. The first company to create licensed Godzilla toys was Marusan, a Japanese toy company, and their first Godzilla toys may have been in the Plamodel (プラモデル) line. According to Wikipedia, The Plamodel line was a line of plastic model kits that was registered as a trademark in 1959. Godzilla toys from pre-1964 are incredibly difficult if not impossible to find.

When Marusan went out of business, the brand was bought out by Bullmark. This company continued to make licensed Godzilla toys until they went bankrupt in 1983. Bullmark toys are well-loved within the Godzilla collector’s community. Their toys were high-quality and had vibrant paint colors. Once Bullmark went bankrupt, the next toy brand took over the Godzilla license.

Another company that held a license to create Godzilla figures was Imperial, an American company. Imperial created Godzilla toys between 1985 and 1994, and its figures are known for being low quality. American toy company Trendmasters took over Imperial’s license in 1994 and increased the quality and collectible nature of American-made Godzilla toys. Trendmasters even ended up getting rights to create toys based on the American version of the Godzilla Japanese movies, titled “Godzilla,” released in 1998.

Many other companies have created and sold Godzilla toys – after all, Godzilla is a pop culture icon. As Godzilla’s popularity has risen, more and more toy companies in the US have gotten licenses to create Godzilla licensed toys and figures. For example, the master toy license changed hands from NECA to Playmates at the end of the summer of 2020. Legendary Pictures and Warner Bros. (the film companies that release Godzilla movies in the US) determine when the master toy license will transfer and to whom it will go. There are other toy licenses for the Godzilla franchise, too, like the classic toy license.

What Determines the Worth of Godzilla Figures?

As with any collectible, the price of a single figure is influenced by the following factors:

How Old Is the Item?

Here on gamex.gg, we’ve taken a look at many other lines of collectibles. You may have noticed that collectibles that were released before the 1990s tend to be much more valuable: this is because they are considered “vintage.” In the collectibles world, a vintage item is any item that is between 22 and 99 years old (give or take a couple of years). Antique items are 100 years old or older. Problems arise when we start talking about collectibles that were released before the age of the internet; item release dates and specifications for products are a bit more difficult to find because of this.

How Many Articulation Points Are There?

What Is the Cast Material?

In the 1960s, when Godzilla toys and Godzilla figures were first being released, the most common cast material was vinyl. Vinyl is a sturdier medium and is less prone to breakage. Resin figures are also common; while these figures capture detail in better quality, the medium is more fragile, breaking much more easily. You’ll probably find, as you take a look at different Godzilla figures, that vinyl toys tend to resell for more money.

How Is the Paint Job?

The majority of Godzilla toys were painted with incredible detail and quality. Some smaller figures, however, were quickly spritzed with spray paint over a colored base vinyl. Both the original quality of the Godzilla figure’s paint job and how well it has held up over time will play a role in the final price of the item. Collectors will often knock percentages off of the cost for items with chipped or faded paint jobs.

How Many Collectors Are After the Item?

Also known as the “demand” for the item, the number of individuals seeking the same item tends to influence how expensive that item becomes. When supply and demand are at odds with one another, prices can fluctuate and jump to insane heights. Demand tends to increase whenever an interesting item enters the media, causing collectors to seek the item at the same time.

How Many Items are Available?

This is also known as “supply,” and this may be one of the biggest factors in determining a collectible’s worth. As mentioned above, demand for an item doesn’t always match up with the number of items available for purchase. When there are fewer items available than there are collectors seeking the item, the price for that item will skyrocket. Prices will fluctuate over time, especially for vintage and limited edition items.